You CAN develop AND save what originally made an area desirable! A win win for Developers and Toronto. Other world class cities have done exactly this. When people tell you it can't be done they are misinformed or have a vested interest.

Jordan will Protect our city from Irresponsible Development. He cares about your investment AND architectural integrity - not his own bottom line.

Yonge Street is disappearing. Indy business is hurting, Architectural History is being destroyed. No new parks, green space, bike lanes, affordable housing or historical preservation. Yonge Street will no longer be a tourist destination, have any independent shops or be a hip and fun place to hang out.

​We have one person to thank for Downtown Toronto's Historical Destruction. Our current councillor Kristyn Wong-Tam.

Very few know Kristyn is a multi millionare real estate agent who has acquired over 15 properties worth over 20 million dollars (recently hidden in trust) in the downtown core in just 6 years? Well that's what you get when a real estate agent guards Ward 27's develepment gates.
​
I remember speaking with the City Hall Bureau Chief in 2014 and was shocked by there response. "Jordan, half the councillors have vested interests, this is not a story." I was speechless.

​The Toronto Star who own Now magazine both relently endorse and support Corrupt Kristyn. Why? Real estate dollars from her developer friends keep both papers alive.

​Corruption has become common-place. Does that mean we should sit back and watch quietly as Our City is being bulldozed while the few profit and the rest of us are ignored.

​There is a right way and a wrong way to develop a city centre. The right way benefits everyone, and looks amazing. The wrong way benefits the few, especially Kristyn Wong-Tam who is adding Ward 27 properties to her portfolio every year. The result is an ugly stripmall of lobby entrances with no shopping or cool places to go.

​The once famous Yonge Street is soon becoming one long strip mall of boring condo entrance lobbys occupied by the same old Banks, Starbucks, McDonalds and American big box stores, similar to Bay Street The same is happening on the once trendy Church Street. Both streets gave Toronto it's pride and uniqueness, landmark cool Canadian owned shops which created foot traffic and shopping for decades, all dissapearing before our eyes. Thats what made downtown desirable and why visitors love Toronto!

​Bay street, from Bloor to Queen has been lost already. Havent we learned? From Bloor to Queen there is no place to shop. Foot traffic is dead and only condo lobbies line the street. What a bore and oh so ugly. But that's going to be Yonge Street and Church Street.

Irresponsible development is also why condo values are predicted to decline and rents are rapidly climbing.
​
How quickly we will forget how Church Street was for years the LGBT mecca. A proud beautiful lively place to hang out. Businesses are going bankrupt, no trees from Alexander to Bloor. Roads disintegrating. Church street is hurting and is turning into Condo only Street. The development signs line the road. And again, Kristyn Wong-Tam quietly endorses it's destruction and at the same time proclaims her love of the gay village. Typical politics.

The proof is in what we see not what were are told. We know our elected officials priorities by what we see happening around us. Tear down what makes Toronto great and only build condo's is what's happening. It doesn't have to be this way.

​Every councillor has the authority to say NO to any development. They also have the power to say yes and negotiate deals that enrich a community. The lost opportunities are countless.

​If you have gone to one of these community developement meetings you will see Kristyn sitting in the background oddly silent while residents and businesses literally beg for help. No defending the neighbourhood, not protecting residents, not fighting for small business and historical conservancy. You see, the backroom deal was already made. Her appearance there just a formality.

Adam Vaughn should be applauded for working with business and the community to protect Queen Street from turning into Bay, Yonge and Church Streets fate. He said NO, and all condo developments were pushed behind the street shops. What made Queen West so desirable was saved! Well done.

​Dirty Politics seems to be the norm these days. That doesn't make it ok.

​At City events I have personally witnessed Kristyn, with her usual crew of photographers and publicists pose smile then quicky leave. Soon after you can view the multiple posts on her twitter, facebook and multiple websites. making it appear she had something to do with it when she was there for all of 20 seconds. It infuriates me when anything fake and contrived. It's not unusual in politics but it's wrong!

​What's worse is when someone comments on her behavior on social media. You will be viciously attacked and humiliated by her paid social media hench-people. It's not right!

You may see Kristyn come to Ward 27 for the typical photo opps, but did you also know she doesn't even live in Ward 27? She actually lives in Ward 20. .

Very few also know she has the highest expense account of any councillor, who has spent hundres of thousands of your tax dollars every year on what? Every dime is spent on self promotion. All public record. This is not only an outrage but the oldest trick in the political book. People Will vote for you when they recognize you.

Also, did you know that Ward 27 has received the lowest amount of section 37 money (build ratio comparison) compared to the other 43 wards? If you look at how many builds there are in Ward 27 you see we should have the highest amount of section 37 money, which would pay for affordable housing, humane homeless shelters, bike lanes, parks, road repairs, and the list goes on. Again, Kristyn Wong-Tam has given developers a free ride. And why wouldn't she. Real estate is her business.

​All developers must first get permission from the councillor in order to demolish and build. Unfortunately these negotions are all top secret. There has been a movement to make them public record but councillors like Kristyn have publically opposed this. This also gives Kristyn and company an unfair advantage knowing when to buy and sell.

​It is not against the law to have other businesses while you are a Councillor but in this case it's blatant opportunism. I don't think it's right when an elected representative profits in a ward they represent.

​What's worse is that incumbant councillors cannot be beaten in elections, especially rich ones. They reign on council for decades. That does not mean the voice of the real majority will ever be silenced.

Jordan's interest is what he can give to our city not what he can take from it. As stated in The Globe and Mail.​​
http://www.theglobeandmail.com/life/home-and-garden/architecture/rotterdams-new-condomarket-puts-toronto-to-shame/article21124897/
I JUST SPENT 500K AND MY VIEW JUST DISAPPEARED 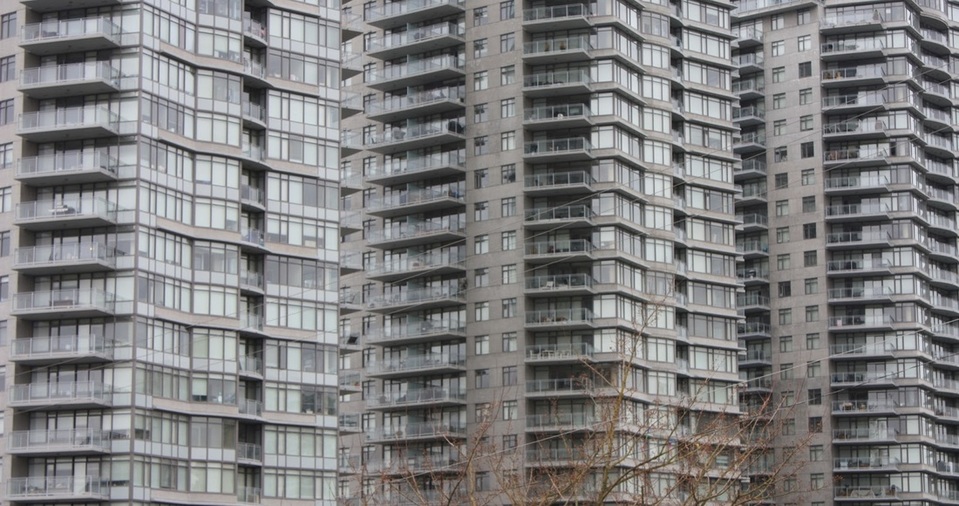